There are 30 million small and medium sized enterprises (SMEs) in the United States, and they are responsible for two of every three jobs created over the past 25 years. Without small businesses we cannot deliver on our domestic or global emissions reduction goals. The SME Climate Hub and America Is All In unite leaders across businesses, government, and civil society to accelerate climate action amongst small and medium sized businesses. Through unprecedented collaboration we can make this vital part of the US economy a key player in the fight against climate change and ensure their prosperity for the future.

In this session, we hear from small businesses prioritizing climate action in their own companies and learn about the opportunities and challenges they have faced in the process. Joined by corporate leaders, climate organizations, and government representatives, SMEs will candidly discuss the support they need to move further, faster in an effort to halve emissions by 2030. The discussion provides tactical inspiration for large corporations to facilitate action amongst their small business suppliers; help anyone who works with SMEs to understand the resources available;and spur government officials to recognize the key role of SMEs in building sustainable, resilient communities.

The SME Climate Hub is a global initiative of the We Mean Business Coalition, the Exponential Roadmap Initiative, and the United Nations Race to Zero campaign that helps small and medium-sized businesses join the fight against climate change, by providing free tools and resources specifically designed for SMEs. Over 4,700 businesses across 107 countries have already made the commitment and are taking steps to reduce their emissions. Alongside collaborative discussions, the SME Climate Hub will announce news that changes the landscape of small business climate action in the United States. 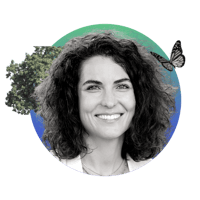 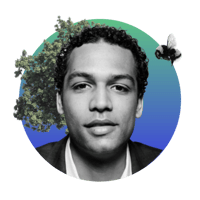 Justin Worland is a Washington D.C.-based senior correspondent for TIME covering climate change and the intersection of policy, politics and society. He has covered climate since 2015 and previously covered health and breaking news at TIME. In 2022, Worland was named the inaugural Climate Journalist of the Year by Covering Climate Now, a non-profit dedicated to improving climate journalism. He is a founding steering committee member at the Uproot Project, a non-profit organization that works to diversify environmental journalism. He is a graduate of Harvard College, where he studied history, and a term member of the Council on Foreign Relations. 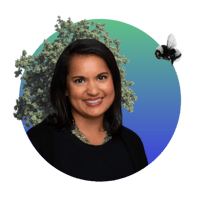 Payal currently serves as the Senior Vice President of Social Impact, International Markets at the Mastercard Center for Inclusive Growth. She joined the Center in April 2018 and oversees the Center’s philanthropic investments around the globe. Previously, she was Head of Global Community Programs for Standard Chartered Bank. In this capacity, she oversaw all programs related to education, health, emergency response, and disaster relief. Payal joined Standard Chartered in July 2008 as the Head of Public Affairs for the Americas. With a professional background in international philanthropy and politics, Payal has worked for a wide range of public sector organizations including the World Affairs Council, the Global Philanthropy Forum and the Earth Institute at Columbia University. Payal also worked on foreign policy for the Office of President William J. Clinton. In 2014, President and Secretary Clinton appointed Payal to be a program advisor to the Clinton Global Initiative; her post was renewed in 2015. A Texas native, Payal has a BA with honors from Stanford University and an MBA and an MPA from New York University. 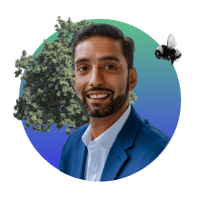 Ranjan Roy is the VP of Strategy at Adore Me, helping drive the DTC womenswear brand's expansion into new innovation and sustainability initiatives. Before Adore Me, he spent time in a variety of media and technology roles, running a content personalization startup and working as a Director at the Financial Times. Ranjan earned his MBA at INSEAD, and is incredibly thankful to work at the intersection of retail + media + technology at a transformative time like this. 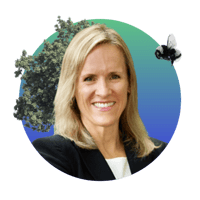 Jane Ewing leads Walmart’s Sustainability team and efforts, which prioritize people and the planet by aiming to source responsibly, sell sustainable products, restore natural resources, and reduce waste and emissions. Jane joined Walmart in 2012 as a Senior Vice President for the International division. Prior to her current role, Jane led the People Group for Walmart International, supporting around 700,000 associates in 26 countries. Jane is passionate about advancing social and environmental sustainability, fostering inclusion, developing talent, and supporting the next generation of leaders. She currently serves on the Board of Directors for The Sustainability Consortium and served on the Partnership for a Healthier America advisory council leading up to the 2021 United Nations World Food Systems Summit. Within Walmart, Jane has served as the Chair of the President’s Global Council for Women Leaders and as the co-chair for the President’s Inclusion Council. 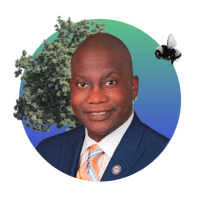